The Propaganda of History - W. E. B. Du Bois Takes on the 'Lost Cause' 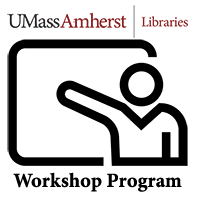 The Propaganda of History - W. E. B. Du Bois Takes on the 'Lost Cause' Online

On January 6, 2021, a mob attacked the US Capitol. In a sea of banners, signs, slogans and symbols, one stood out - the Confederate flag. This emblem of the slave states who attempted to break off from the Union in 1861, never reached the US Capitol during the Civil War. Indeed, the Confederate armies never made it further North than Gettysburg, Pennsylvania.

After 1865, however, a romantic, beguiling, yet highly dangerous myth was allowed to take hold of the American imagination. This idea came to be known as the Lost Cause. It provided solace to the defeated states, gave them a legend to believe in, and a unique identity to cling to. The Lost Cause myth also helped reestablish a system of racial apartheid in the South, bring a premature end to Reconstruction, embolden hate groups like the Klan, and distort the meaning and memory of the Civil War North and South of the Mason-Dixon Line.

This workshop will examine what the Lost Cause represents, how it came to be, how it is reflected in our own time, and the ways in which it has been resisted. One of the most eloquent, consistent, and fervent opponents of this ideology was W. E. B. Du Bois. His writings present a more honest, less romantic view of American history, and provide an intellectual and moral framework for understanding the American present.